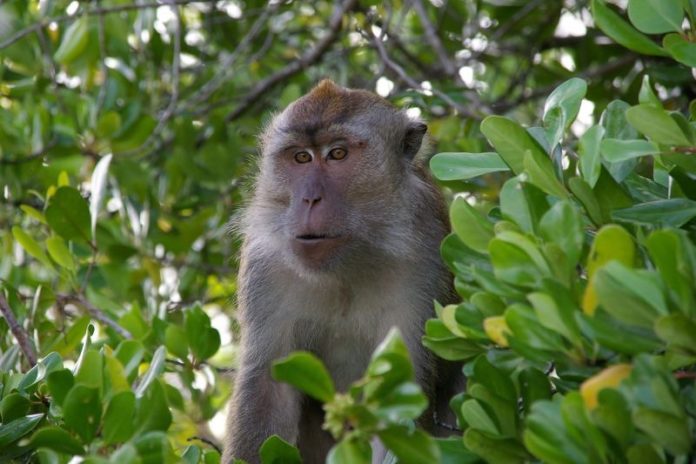 OWINGSVILLE, Ky. (AP) — Kentucky wildlife officials have captured a monkey on the loose in a small town.

State police and Bath County deputies had been helping Kentucky Fish and Wildlife officers with their monkey business in the town of Owingsville. Media reports say officials had to tranquilize the animal Wednesday to get it down from a tree.

Sam Mullins told WLEX-TV that he spotted the monkey running loose Monday near an intersection in Owingsville and then saw it again Tuesday in a tree on his property and called authorities.

Primate Rescue Center founder April Truitt told WKYT-TV that the animal appeared to be a long-tailed macaque and was probably someone’s pet at one point. She says the center in Nicholasville will take the animal in.