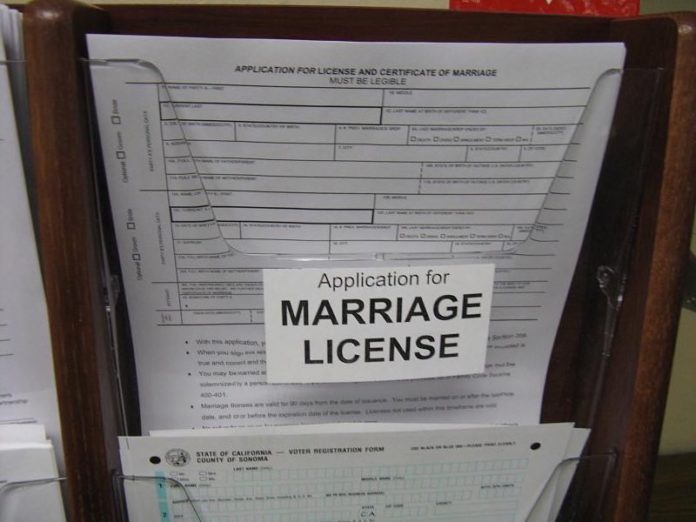 MOREHEAD, Ky. (AP) — The latest on the defiant Kentucky clerk who has refused to issue marriage licenses to gay couples, disobeying a federal judge and serving five days in jail for contempt (all times local):

Deputy clerk Brian Mason had previously said that if he has to, he would disobey his boss, county clerk Kim Davis, and issue licenses rather than refuse the orders of U.S. District Judge David Bunning.

Monday was Davis’ first day back to work after Judge Bunning jailed her for refusing to issue marriage licenses. Reading from a statement, Davis said she’s not going to interfere with her deputies issuing marriage licenses to same-sex couples, but she says she isn’t authorizing them and questions whether they’re valid.

Mason said that he spoke with Davis only briefly.

A Kentucky clerk says she is not going to interfere with her deputies issuing marriage licenses to same-sex couples, but she says she is not authorizing them and questions whether they are valid.

Rowan County Clerk Kim Davis read from a hand-written statement Monday morning, her first day back in the office after a stint in jail for five days for defying a federal judge. She choked up as she was speaking, saying she was torn between obeying her God and following the judge’s orders.

Davis, an Apostolic Christian, stopped issuing licenses after the Supreme Court legalized gay marriage, in defiance of a series of court orders.

U.S. District Judge David Bunning held her in contempt and ordered her to jail. In her absence, her deputies have issued at least seven licenses to gay couples.

Dozens of people are crowded outside the Rowan County courthouse, waiting for clerk Kim Davis to announce whether she intends to obey a court order and issue marriage licenses or continue to refuse them, risking the threat of returning to jail.

The plaza outside the courthouse has taken on a carnival air: loud speakers are blasting Christian music, television cameras and lights are set up in white-topped tents and Davis’ supporters are waving signs and praying.

Police have a heavy presence stationed outside the courthouse.

About 100 reporters formed a tight semi-circle around the courthouse door, waiting for Davis to emerge. Her office opens at 8 a.m.

It’s unclear if any in the crowd are couples here to get marriage licenses. Deputies in Davis’ office have issued at least seven licenses to gay couples since the clerk was jailed for contempt.