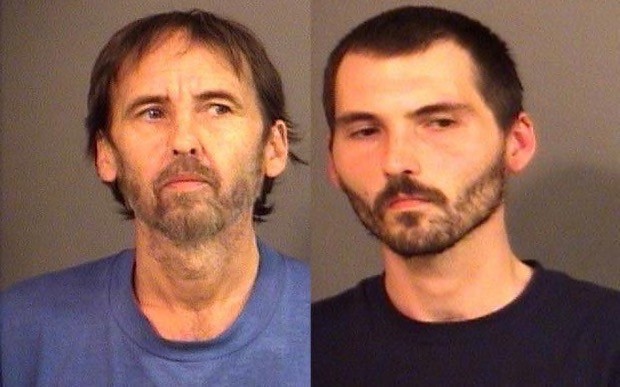 SOUTH BEND, Ind. (AP) — A man and his father are accused of holding a woman against her will in the basement of a South Bend home.

The woman’s boyfriend, 32-year-old Shawn Galloway, and his father, Christopher Galloway, are charged with criminal confinement and battery. The woman told officers that she was beaten by the two men, and that her boyfriend tied her hands with an electrical cord and took her to the basement on Sept. 10.

WSBT-TV reports the woman didn’t get food or water for two days. Court documents say Shawn Galloway untied her after 48 hours and told her not to run away.

According to documents, the woman escaped while her boyfriend was at work and his father was asleep.

It wasn’t immediately clear if the two men have attorneys.