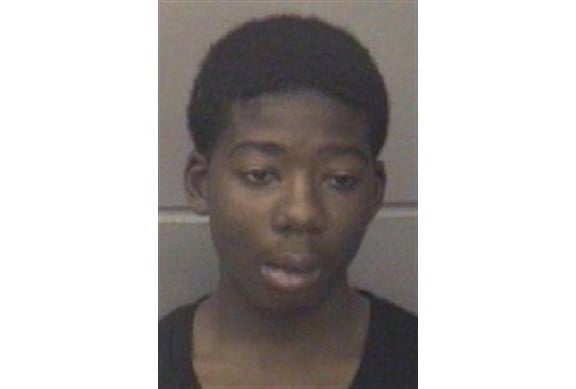 GOSHEN, Ind. (AP) — A 16-year-old northern Indiana youth has agreed to spend 45 years in prison for the fatal shooting of a 14-year-old.

The Elkhart Truth reports Jwan Hardin of Elkhart pleaded guilty to murder and agreed to a sentence of 55 years in prison, with 10 years suspended, during a hearing Thursday in Elkhart Circuit Court.

Police say Hardin shot DezJuan Sanders during an argument in Elkhart on April 14. Witnesses told police Hardin had encouraged Sanders and another teen to fight him, then pulled a gun from the waistband of his pants and shot the younger teen.

The court scheduled a sentencing hearing for Oct. 15.