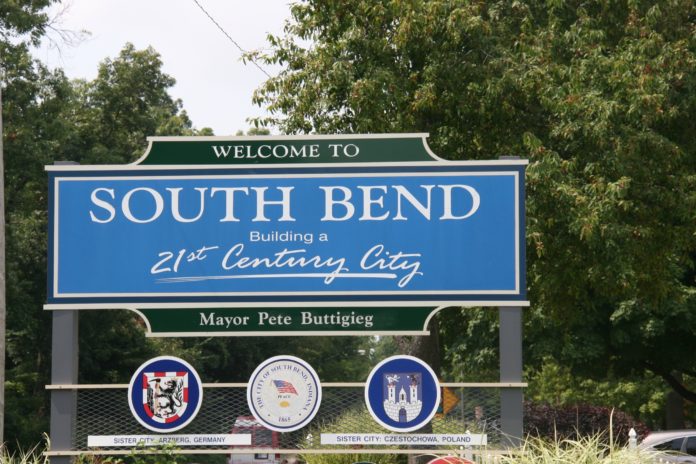 Two months ahead of schedule, the city of South Bend marked its 1,000th home addressed as part of Mayor Pete Buttigieg’s 1,000 Homes in 1,000 Days initiative on Tuesday, Sept. 22.

The home at 606 Clemons has been restored by the Jara family over the last year after it was put on the city’s demolition list, according to city spokeswoman Kara Kelly.

Thieves stole plumbing and wiring from inside the home, destroying much of its interior. Squatters had been living in the home and water or electricity wasn’t connected to the house, so a neighbor allowed them to run an extension cord from her home temporarily. The Jaras getting ready to move into the home later this month.

“Restoring this house has been more challenging than we ever imagined,” Penny Jara said. “But we feel more a part of the city, our community, and especially our neighborhood, because of it.”

Since starting the 1,000 Homes in 1,000 Days initiative in February 2013, 373 homes were repaired and 502 were demolished, Kelly said. The Hardest Hit Fund Blight Elimination program is subsidizing the demolition of another 62 houses and another 64 are scheduled for demolition.

The Community Development Corporation is repairing five houses. Ten houses were deconstructed — or dismantled in an effort to save building materials. For those keeping score at home, that’s 1,016 homes total that have been addressed or will be addressed soon. The final deadline for the project is Nov. 24.

The city is tracking progress in a live scorecard online.

South Bend officials are also tracking the initiative’s effect on public safety in the neighborhoods where homes have been addressed.

Santiago Garces, chief innovation officer for South Bend, said that preliminary data indicates that the 1,000 Homes in 1,000 Days initiative has helped reduce crime within a mile and a half mile of each addressed home.

“This is about making our neighborhoods stronger,” Buttigieg said. “When a house is collapsing next to you, your home loses value and your quality of life suffers. Fixing or removing these houses was the top priority I heard about campaigning four years ago, and I’m proud of the team for getting the job done. Now we turn our attention to prevention and long- term neighborhood growth.”