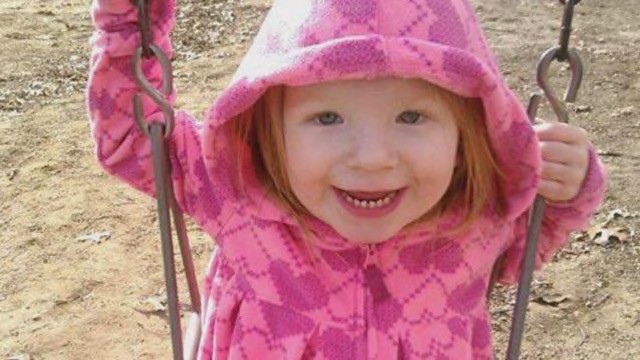 A 2-year-old Plymouth girl who died over the weekend was beaten by her mother’s boyfriend after she wet the bed and wasn’t taken to the hospital for hours after the beating, according to court documents and originally reported by the South Bend Tribune.

Serenity Wilson died Saturday, Sept. 19, at Lutheran Hospital in Fort Wayne. An autopsy showed that she died of multiple blunt force traumas to her head. Her death was ruled a homicide.

The girl was in a hotel room at Economy Inn at 2535 N. Michigan St. in Plymouth with Weedling on Friday morning, Sept. 18, while Lavanway was at work.

Lavanway told police that Weedling began sending her Facebook messages at 10:18 a.m., telling her that Serenity wet the bed and that he was beating her and would continue until Lavanway came home, the Tribune reported.

Lavanway got home at about 11:45 a.m. but didn’t take Serenity to the hospital right away because Weedling told her that he would be arrested, WSBT reported. Lavanway eventually took Serenity to St. Joseph Regional Medical Center in Plymouth. Hospital staff called the police at 2:31 p.m.

Lavanway’s charge stems from the delay in seeking out medical attention for Serenity once she arrived home, Marshall County Prosecutor Nelson Chipman told the Tribune. Weedling isn’t being charged with murder because prosecutors would need proof that Weedling knowingly and intentionally killed Serenity.

“It’s not out of the question,” Chipman told the Tribune. “We’re bound by what we think we can prove.”