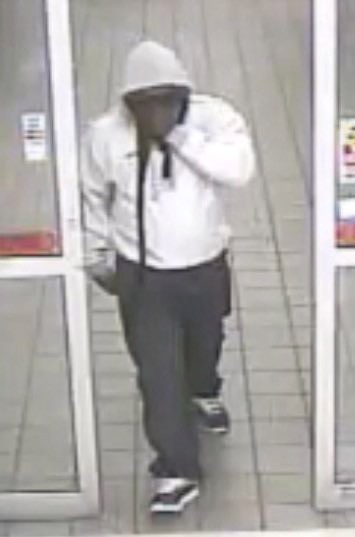 Elkhart police are looking for a man suspected in an armed robbery at a Martin’s Super Market location last week.

A man entered the store at 1200 N. Nappanee St. at about 6:05 a.m. Sept. 22 and showed a handgun to a clerk and demanded money, Sgt. Chris Snyder with the Elkhart Police Department said.

The man was given an undisclosed amount of money and then he ran from the store.

The suspect was described a black man about 5 feet 4 inches to 5 feet 6 inches all, weighing 165 to 180 pounds with black hair and brown eyes, Snyder said. He had his face covered while he was in the store.