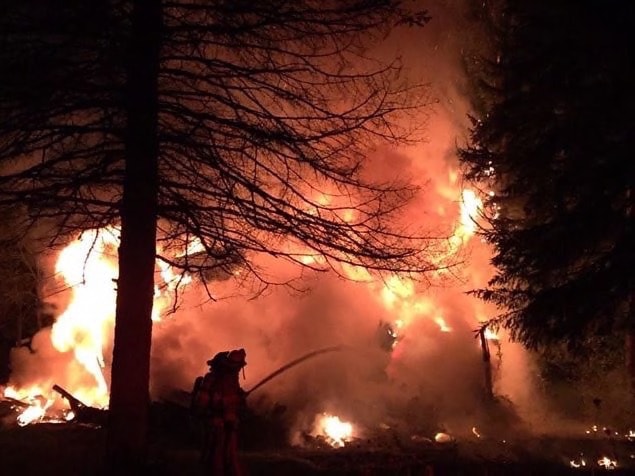 A vacant home went up in flames near Elkhart.

Crews from Osolo Township Fire, Cleveland Township Fire and Bristol Fire Departments were called to the home in the 54000 block of Baldwin Court around 9:15 p.m. on Tuesday, Oct. 7, according to our reporting partners at The Elkhart Truth.

The two-story home was fully engulfed when crews arrived, according to ABC 57.

The home had been vacant for years, The Elkhart Truth reported.

It took crews about 30 minutes to get the blaze under control.

There is no word on the cause of the fire.