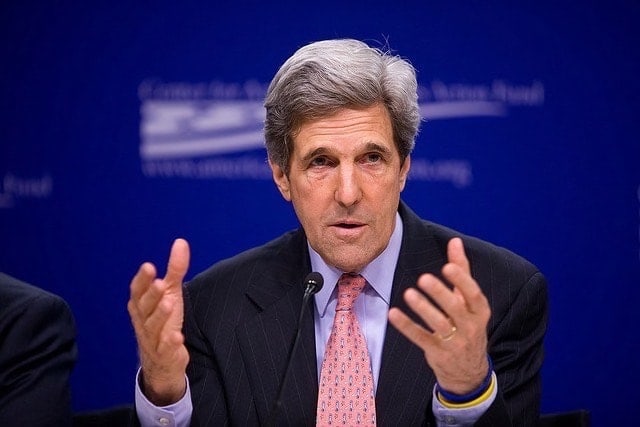 BLOOMINGTON, Ind. (AP) — Secretary of State John Kerry is set to speak at Indiana University next week during an event to mark the opening of the new building for IU’s School of Global and International Studies.

The university says Kerry will speak about U.S. foreign policy priorities during the Oct. 15 event on the Bloomington campus. Kerry will be the first sitting secretary of state to visit IU in 20 years.

IU opened its new Global and International Studies Building in August for programs that include 250 faculty members who study issues worldwide and teach about 70 languages.

Kerry has been secretary of state since early 2013 after 28 years as a U.S. senator from Massachusetts. He was the 2004 Democratic nominee for president.