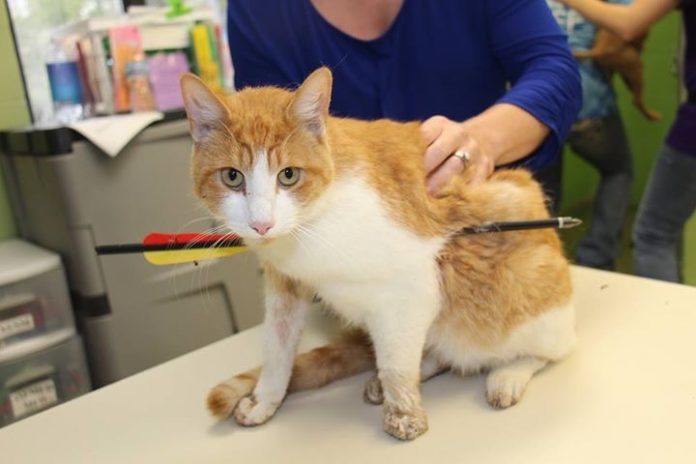 KALAMO TOWNSHIP, Mich. (AP) — A $1,000 reward is being offered for information after a wounded pet cat was found with an arrow through his chest in a rural part of Michigan.

The Capital Area Humane Society says veterinarians removed the crossbow arrow, known as a bolt, on Monday and the cat named Kitty was in serious but stable condition.

Julia Willson, president and CEO of the Lansing-area shelter, tells the Lansing State Journal: “We hope it wasn’t intentional, but we’ve seen too many of these kind of cases to believe it wasn’t.”

The cat was found Monday beneath a Kalamo Township deck after his owner last saw him Saturday.

The Eaton County sheriff’s department is investigating and says the bolt found in the cat had a type of tip that’s used for target practice.