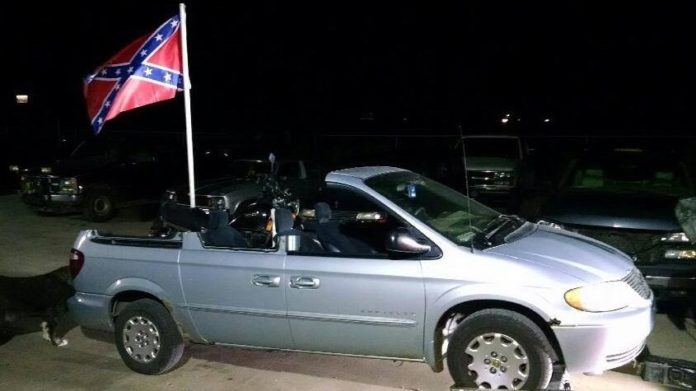 Police in LaGrange towed an unusual vehicle after an Angola man was arrested in LaGrange on several drug-related charges on Saturday, Oct. 10.

Levi S. Stetler was arrested on preliminary charges of operating while intoxicated with a controlled substance in the body, possession of marijuana and possession of drug paraphernalia, according to the LaGrange Marshal’s Office.

After Stetler’s arrest, police towed his vehicle — a minivan with the top cut off. A motorcycle is inside the vehicle and a flag pole flying the Confederate flag is in the back.