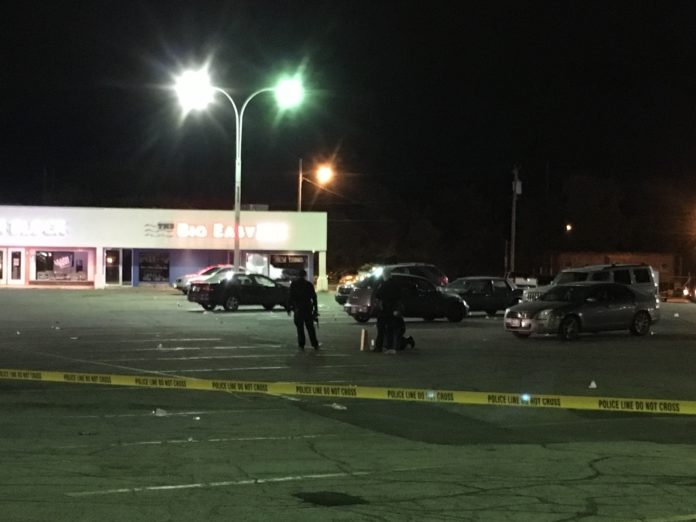 Four people were injured when gunfire erupted during a fight involving as many as 100 people in the parking lot of the Easy Shopping Place in Elkhart.

Elkhart Police were called to the lot in front of the The Big Easy at 160 Easy Shopping Place, according to a news release from the Elkhart Police Department.

On arrival, officers say they heard multiple sounds of gunfire and observed a large crowd running from the area, the news release states.

Four people were injured by the gunfire.

The injuries to all four victims are described as non-life threatening, according to Elkhart Police.

Officers collected over 40 shell casings from the parking lot. A bullet which struck a nearby building. A vehicle was also damaged as a result of the gunfire, the news release states.

Police have not released any suspect information.

The case remains under investigation.