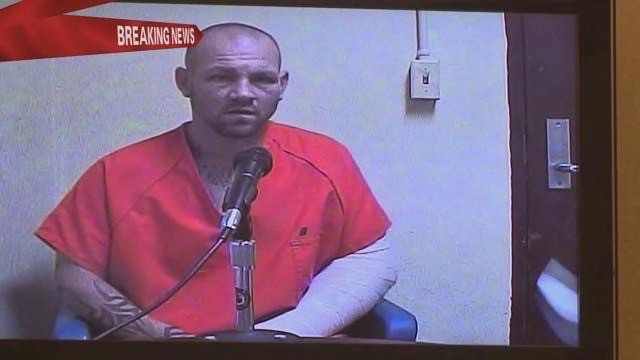 A Niles, Mich., man accused in several armed robberies in Berrien County was arraigned on more than a dozen felonies on Wednesday, Oct. 21.

Ralph Fink II, 39, is charged with conspiracy to commit armed robbery, armed robbery, assault with a dangerous weapon, larceny in a building, assaulting or resisting or obstructing a police officer and felony possession of a firearm, according to our reporting partners ABC 57. Some of the charges have multiple counts.

Fink was also charged with violent offense-fourth felony, also called “VO-4,” a charge that carries a minimum of 25 years in prison, according to Leader Publications.

He was arrested Tuesday night, Oct. 20, after an undercover cop saw him attempt to rob at the Sunrise-Sunset Liqour Store in Howard Township, Mich., ABC 57 reported.