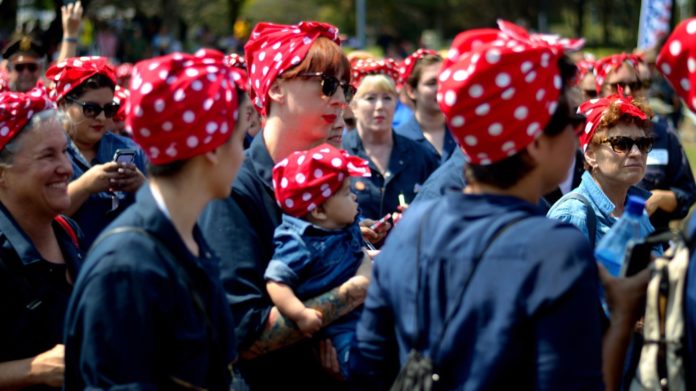 YPSILANTI TOWNSHIP, Mich. (AP) — A group that’s preserving a portion of a Detroit-area assembly plant where Rosie the Riveter once worked as a museum may have regained its “largest gathering of people dressed as Rosie the Riveter” record.

WDIV-TV reports that 2,097 “Rosies” were captured Saturday in an official photo at the Willow Run plant in Ypsilanti Township.

They dressed like the image used to recruit female industrial workers during World War II with blue coveralls as well as red bandannas with white polka dots.

Save the Willow Run Bomber Plant organized an event in March 2014 that set a Guinness World Records mark that recognized nearly 800 “Rosies.” But an August gathering in Richmond, California, drew 1,084 participants and was most recently recognized by Guinness as the record.