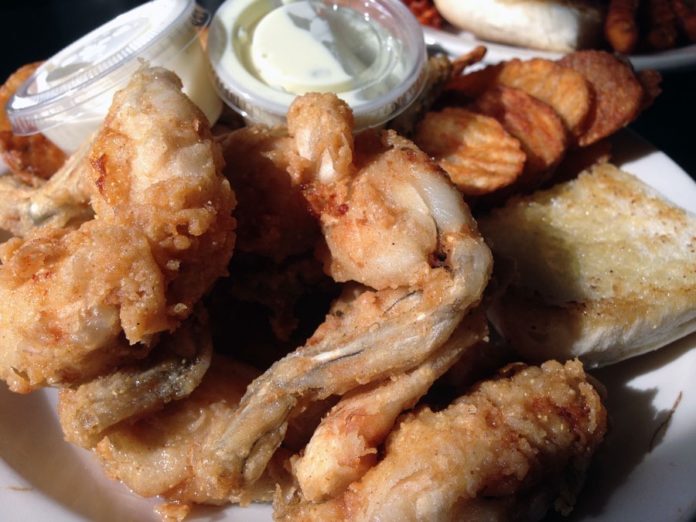 HOW TO MAKE THE MOST OF ELKHART DINING DAYS

Elkhart Dining Days is just a few days away and our friends at Flavor 574 are getting excited about the nine-day community event.

From Oct. 30 through Nov. 7, participating restaurants in Elkhart will offer specials of up to $30. Ten percent of the price of those specials will go to Church Community Services to help folks in the community with job training, food and more, Flavor 574 reports.

Food columnist Marshall V. King combed through the menus and did some of the hard work so you can get to the fun stuff, eating, more quickly.

Places like Cappy’s will offer appetizers and drinks, you’ll be able to get a three-course dinner for $30 at Artisan or you can get smaller bites for just $10. There’s something for everyone.

See the full story from Marshall V. King on Flavor574.com.

UPPER PENINSULA BREWERY GEARS UP FOR THE HOLIDAYS

We know, we know: it’s not even Halloween yet, so talking about Christmas is probably taboo.

But for beer geeks, it’s never too early to start thinking about seasonal brews. Upper Hand Brewery in Escanaba, Mich., is getting ready to release its first holiday seasonal, “Christmastime,” according to Eric Strader for Flavor 574.

The brewery is in Michigan’s Upper Peninsula, but is a division of Kalamazoo-based Bell’s Brewery. You won’t find this beer south of the Mackinac Bridge, but you can get it on draft and in bottle shops in the U.P.

If nothing else, it’s a gentle reminder that Christmas is just a few short weeks away and you’ll start seeing holiday brews on shelves as Oktoberfest and pumpkin beers make their exit.

HAVE A BEER-CENTRIC DINNER AT LUCCHESE’S

It’s OK to have pasta and beer instead of pasta and wine.

Lucchese’s and Cavalier Distributing are teaming up for a beer dinner Tuesday, Oct. 27 at the Elkhart restaurant, Flavor 574 reports.

Each course is paired with beers, including selections from Founders, Two Brothers and Left Hand, among others.