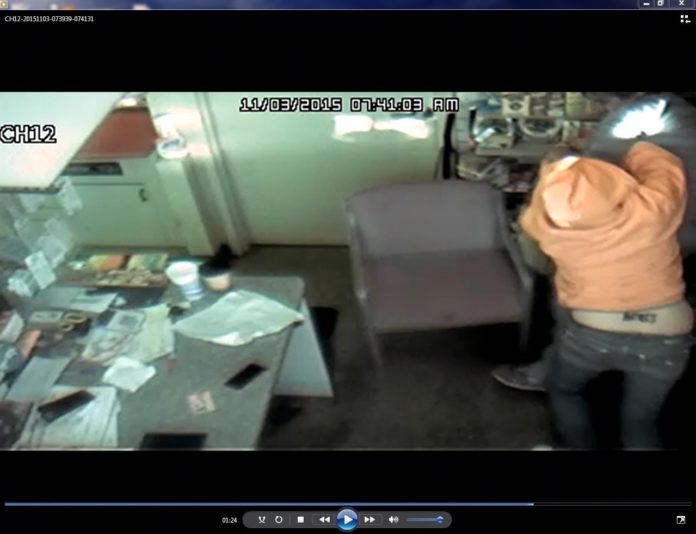 The suspect is described as a white woman 35 to 40 years old with brown hair and an unknown tattoo on her lower back, Sgt. Chris Snyder with the department said. The woman was wearing an orange hooded sweatshirt during the robbery.

The woman is suspected of entering the Exxon station at 2811 Cassopolis Street at about 7:51 a.m., going behind the counter and demanding money while threatening the clerk with a knife.

The clerk and the suspect struggled before the victim ran from the business with cash. The clerk suffered cuts on his hand and neck.