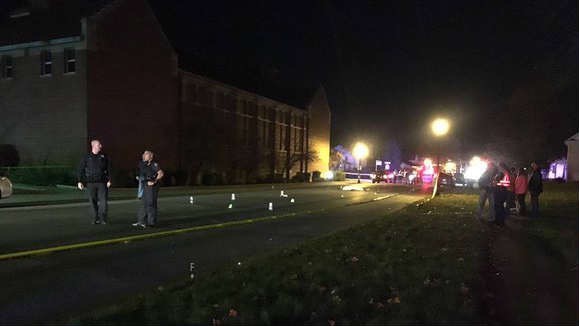 A 54-year-old man was killed after being struck by a car.

It happened before 8 p.m. on Monday, Nov.2, in front of Mishawaka High School, according to 95.3 MNC’s reporting partners at ABC 57.

The victim, identified as Mike Bryan, was hit while trying to cross Lincolnway East to get to his car, ABC 57 reported.

He as struck by a 19-year-old female driving a Hyundai Santa Fe, according to a news release from the St. Joseph County Prosecutor’s Office.

The driver of the Santa Fe cooperated with investigators at the scene.

The Fatal Alcohol Crash Team is still investigating the collision, but alcohol is not believed to be a factor in the crash, according to the news release.

EDITOR’S NOTE: Due to a source error, the victim’s identity was reported incorrectly. The story has been updated and is now correct.