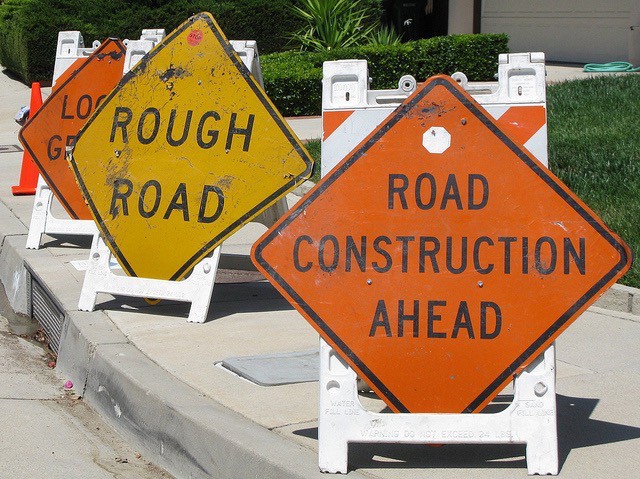 (NEW) Madison Street is closed from Main to Lafayette.

(NEW) In downtown South Bend, the two right lanes of Main Street are restricted at the AT&T building, merge to the left on your approach.

Also, the right lane is closed on Jefferson in front of the parking ramp entrance.

Also, watch for crews on eastbound Washington at Lafayette working on the sidewalk.

And watch for big dumpsters on westbound Washington in front of the former Chase Tower.

In South Bend, watch for lane closures on State Road 23 from the Prairie Apartments to Locust Road. The sidewalk and curb project underway there will end in mid-November. (ends 11/17)

(NEW) In Mishawaka, northbound Grape Road is down to one lane approaching Indian Ridge. Merge to the left on your approach. Expect possible delays and back-ups during the rush hours.

(NEW) In Goshen, traffic is down to one lane on State Road 15, between County Road 40 and Kercher Road. The restriction — for workers to clear trees in preparation for a project extending Waterford Mills Parkway from Regent St. to State Road 15. Flaggers will be directing traffic, at times, from 7 a.m. to 5 p.m. Monday through Friday.