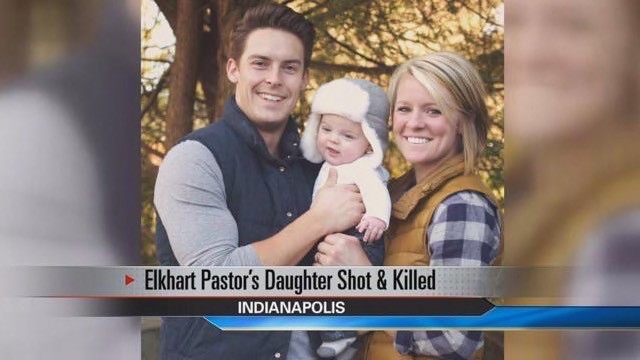 INDIANAPOLIS (AP) — Authorities say the pregnant wife of an Indianapolis pastor slain during a home robbery had been shot in the head.

The Marion County Coroner’s Office released the cause of death for 28-year-old Amanda Blackburn of Indianapolis following an autopsy Thursday.

Blackburn was pronounced dead Wednesday after being on life support since the shooting Tuesday morning, the Coroner’s Office said.

The Indianapolis Star reported that police believe the shooting took place during a robbery, but have revealed few details.

Amanda and Davey Blackburn were both the children of pastors and moved from South Carolina to found the independent Resonate Church in Indianapolis in 2012.

Blackburn is also the daughter of of Phil Byars, the lead pastor at First Baptist Church on County Road 17 in Elkhart.

The couple had recently announced that Amanda Blackburn was 12 weeks pregnant. They already had a son, who is a toddler.