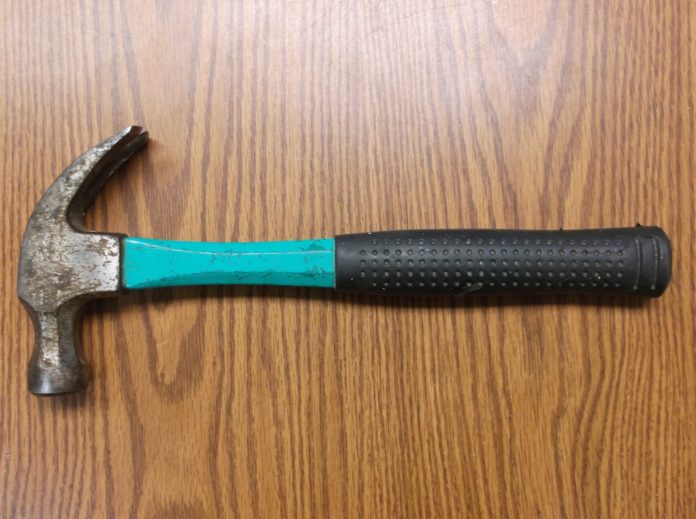 A 37-year-old Michigan man was arrested after police say he assaulted a woman and then ran from police for several hours on Friday night, Nov. 13.

Officers were sent to the 66000 block of Oak Street in Keeler Township after a woman called 911 yelling for help, according to the Van Buren County Sheriff’s Office.

Police found the 34-year-old woman bleeding from her forehead and holding an ice pack over her swollen eye.

The suspect reportedly assaulted the victim and threatened her with a claw hammer before running from the home before police arrived, according to the Van Buren County Sheriff’s Office.

The 37-year-old man attempted to hide in the homes of neighbors, but they refused to let him in and many called 911 while officers where searching for him. Police set up a perimeter in the neighborhood and located the suspect a few hours later.

The suspect reportedly had a blood alcohol content level of 0.22 percent and was on parole at the time of the incident. He was arrested on charges of domestic assault third offense, a parole violation and resisting and obstructing police officers.