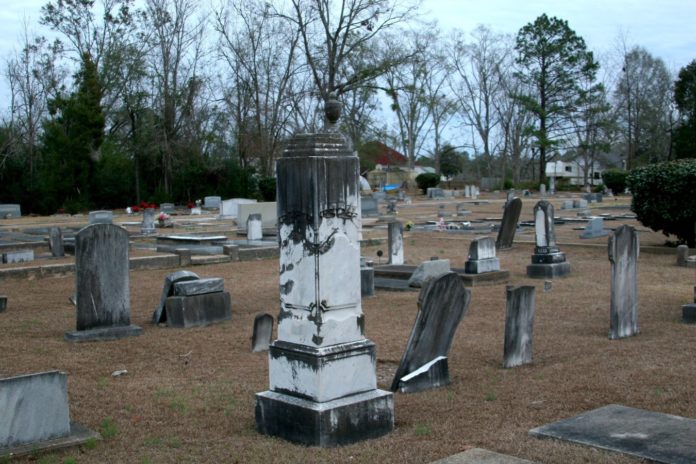 BERRIEN TOWNSHIP, Mich. (AP) — Authorities say more than 20 headstones have been kicked over or broken at a southwestern Michigan cemetery.

The Herald-Palladium of St. Joseph reports the damage was recently found by a woman who was at Franklin Cemetery in Berrien Township to plant flowers. Her daughter’s grave was among those damaged.

The Berrien County sheriff’s department says at least 22 headstones were kicked over or broken. Officials are trying to notify family members.

Investigators say it’s not known exactly when the damage occurred, but they say it was sometime between Oct. 25 and Nov. 2.