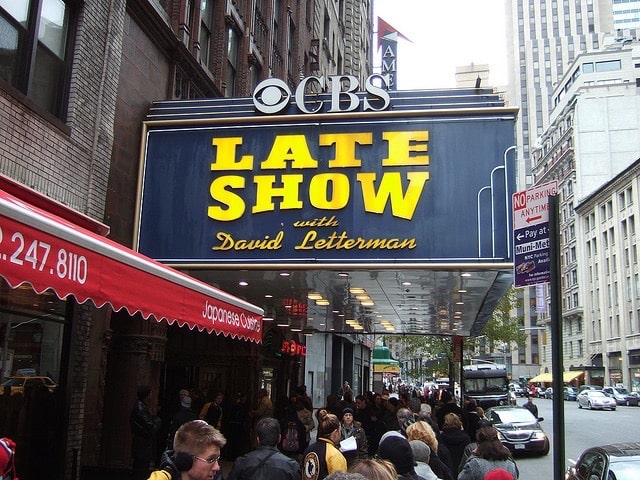 MUNCIE, Ind. (AP) — Comedian and Ball State University graduate David Letterman is donating memorabilia from his career in television to his alma mater.

Ball State president Paul Ferguson made the announcement Monday night before Letterman spoke to a sold-out crowd at Emens Auditorium with filmmakers Spike Jonze and Bennett Miller. Ferguson said Letterman plans to donate Emmy Awards, a talk-show set, props and other items to create “The David Letterman Experience” at the Muncie school.

Letterman graduated from Ball State in 1969 and has since returned to the school for a lecture series with other celebrities.

He shared the stage at Emens Auditorium with Oprah Winfrey in 2012, Rachel Maddow in 2011 and Twitter co-founder Biz Stone in 2010.