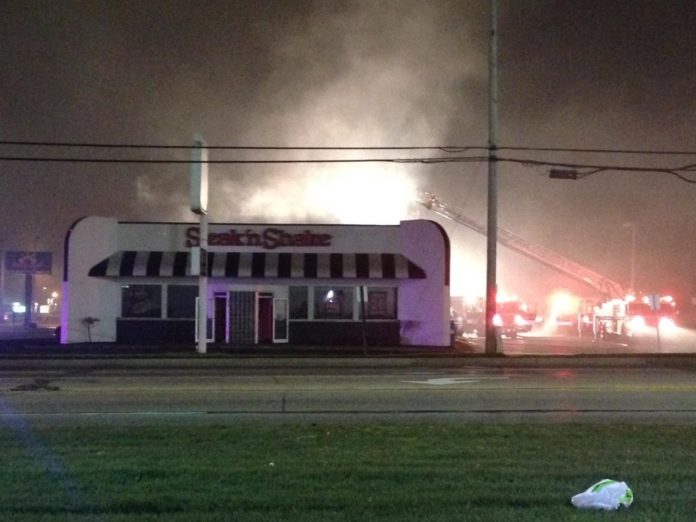 The Steak ’N Shake in Mishawaka will likely be closed for an extended amount of time after it was significantly damaged in a fire on Monday morning, Dec. 7.

The fire, which was reported just before 6:15 a.m., caused so much damage that the restaurant may have undergo some reconstruction or rebuilding, according to WSBT.

The fire began on the deep fryers in the kitchen. The restaurant’s only occupants, a cook and a waitress, were able to leave the building without injuries.

A cause for the fire has not yet been determined.

Steak ’N Shake is at 5415 Grape Road in Mishawaka.