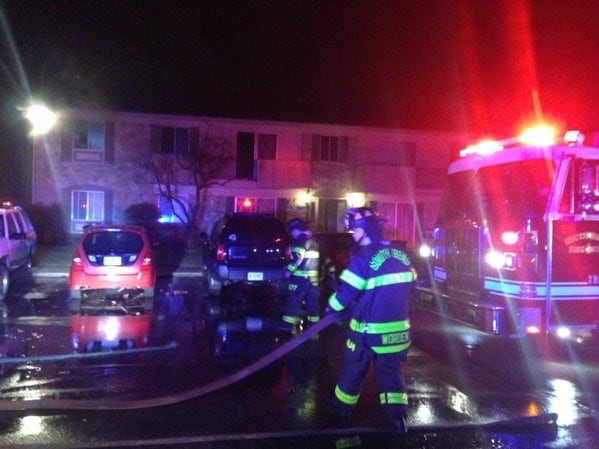 Four people and a dog were rescued from a balcony at Park Jefferson Apartments during a fire there Monday morning, Dec. 14.

The fire started in the stairwell on the main floor of the apartment at about 4:30 a.m., WNDU reported. A cause is not yet known.

Firefighters used ladders to rescue the people and the dog from two separate apartment balconies. Nobody was injured.

Crews were also called to a fire at an empty home in the 1100 block of E. Bowman Street in South Bend at about 6 a.m., our news partners ABC 57 reported. Nobody was injured in that fire. Crews were still on scene as of 7:30 a.m.