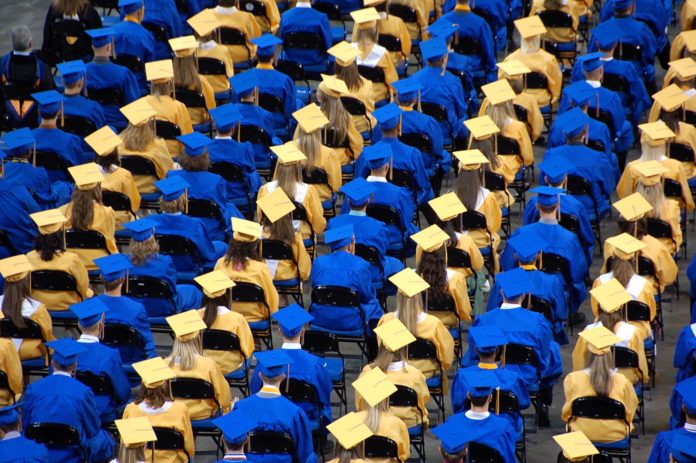 WASHINGTON (AP) — Indiana has the seventh-highest high school graduation rate in the country.

The Education Department said Tuesday that the rate for the 2013-14 school year was 87.9 percent.

White students in Indiana graduated at a 90.4 percent rate. Among black students the graduation rate was 75 percent, and 83.2 percent of Hispanic students graduated.

Nationally, the Education Department said 82.3 percent of students graduated high school. That was the highest rate since the department started using a new, uniform measure in 2010.

Education Secretary Arne Duncan praised the improvement but said too many students still leave school without a diploma.

Iowa’s 90.5 percent graduation rate was the highest in the country. The District of Columbia had the lowest, at 61.4 percent.