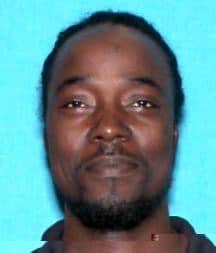 The man was arrested after an standoff at an apartment building in Benton Harbor on Sunday, Dec. 27, had been wanted by The Benton Harbor Department of Public Safety on two violent felony warrants.

Marshawn Lee Porter had a very violent history and that he had made posted suicidal threats as well threats towards police on Facebook, accoding to Benton Harbor Department of Public Safety officials.

It was late Saturday night when police spotted Porter’s vehicle, then made several attempts to coax him out of the apartment.

Porter said he was armed with a weapon and continued to refused to surrender.

After a lengthy standoff the SWAT team made forcible entry and arrested Porter.

Investigators say a search of the residence located a loaded shotgun, several shot gun shells and a ballistic vest.