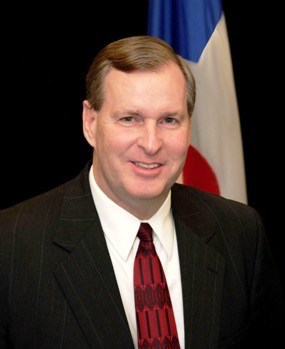 INDIANAPOLIS (AP) — Greg Ballard is about to end eight years as Indianapolis mayor, capping a period during which he oversaw the city’s hosting of the 2012 Super Bowl while also struggling with violent crime.

Thursday is the Republican mayor’s final day in office after not seeking a third term. Democrat Joe Hogsett takes over on Friday.

Ballard was a little-known retired Marine officer before upsetting Democratic Mayor Bart Peterson in 2007 amid anger over property tax increases.

Ballard sold the city’s water utility for $450 million and drew attention for criticizing the state’s religious-objections law signed by GOP Gov. Mike Pence. Ballard’s last year was marred by defeated of a proposed $1.75 billion criminal justice center project and the more than 140 homicides that are the city’s most since at least 2006.