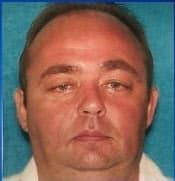 SCHERERVILLE, Ind. (AP) — Police in northwestern Indiana are looking for a 49-year-old Crown Point area man wanted in the shooting death of his former wife.

Northwest Indiana Major Crimes Task Force spokesman Robert Byrd says police are looking for Richard Kalecki in the death of 37-year-old Alessandra De Moraes-Emiliano. He says she was shot at an Edible Arrangements shop in Schererville, 20 miles south of Gary, about 12:50 p.m. Saturday.

Police say Kalecki had been scheduled to appear in court later this year on charges of sexual misconduct with a minor.