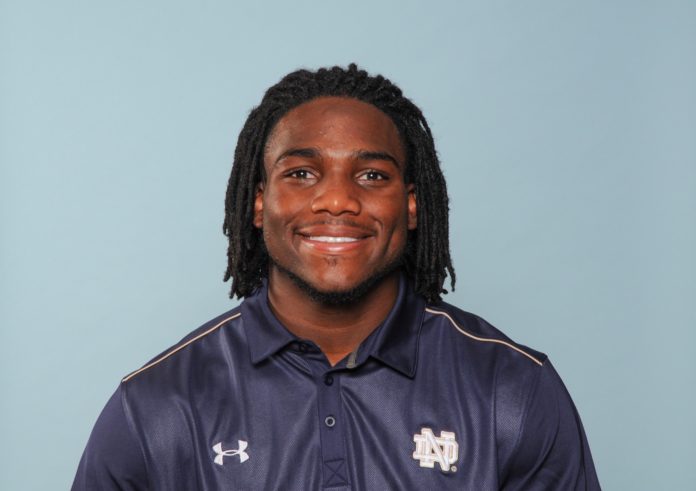 SOUTH BEND, Ind. (AP) — Notre Dame linebacker Jaylon Smith announced Monday he will skip his final year of eligibility and enter the NFL draft despite sustaining a serious injury to his left knee in the Fiesta Bowl.

With many projecting Smith as a possible top 10 draft pick, the decision to forgo his senior season was expected before his injury in the first quarter against Ohio State. Smith has led the Irish in tackles the past two seasons and this year won the Butkus Award, given to college football’s best linebacker.

Smith made the announcement by a videotaped message released on Twitter, saying “It’s really just perseverance from here with the adversity I’m going through right now dealing with the knee injury.”

Smith has not disclosed the extent of his knee injury.