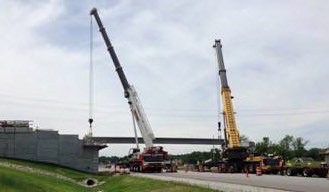 The Senate Homeland Security and Transportation committee on Tuesday voted 7-0 in favor of the measure, which was sponsored by committee Chairman Carlin Yoder, a Middlebury Republican.

The bill would allow Pence to draw down the state’s budget reserves to help pay for his plan. It would also allow the state to once again borrow money to finance infrastructure projects — another key provision in the Republican governor’s $481 million short-term proposal.

The state has been prohibited from borrowing money by issuing bonds since 2007.