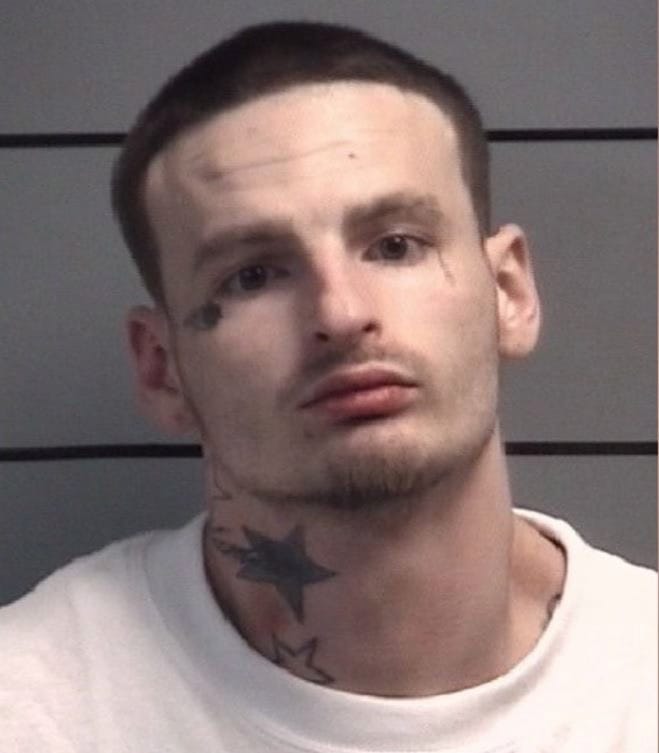 A 26-year-old Mishawaka man was arrested Tuesday night after police say he lead them on two separate chases in Marshall County while driving a stolen vehicle and then crashed into a building in Bourbon.

Kyle Pennell was arrested on preliminary charges of possession of stolen property, resisting law enforcement with a vehicle and reckless driving, according to the Marshall County Sheriff’s Department.

Police say Pennell was driving an SUV reported stolen in Elkhart County when a South Bend Police Department officer spotted the vehicle. Pennell lead the officer on a chase down U.S. 31 into Marshall County at about 10:39 p.m.

A Plymouth Police officer noticed the vehicle on Lincoln Way on the east side of Plymouth at about 10:59 p.m., when the Marshall County Sheriff’s Department said Pennell led officers on another chase.

Officers deployed stop sticks again on 12B Road near Gumwood Road, but Pennell drove the vehicle into a field to avoid them, according to the Marshall County Sheriff’s Department.

The vehicle headed into Bourbon, drove south along the railroad tracks and then attempted to turn north onto S.R. 331. That’s where police say Pennell lost control of the vehicle, which crashed into a building, causing minor damage. Officers arrested Pennell after the crash.

Three passengers in the car were questioned after the chase but were eventually released, the sheriff’s department said.