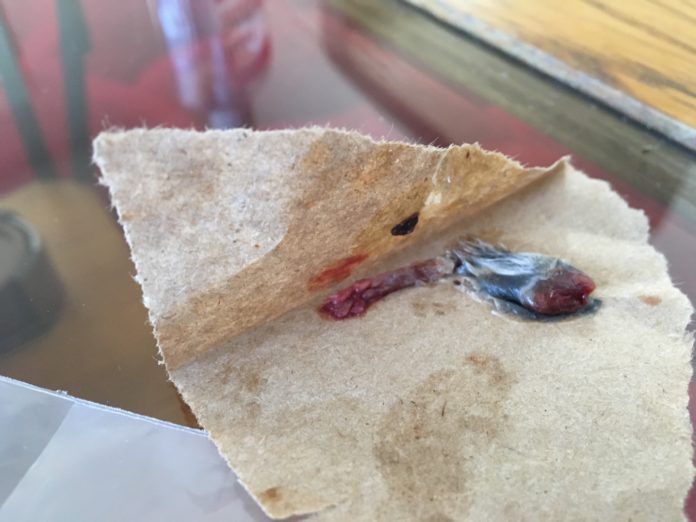 The Michigan Department of Agriculture is investigating after a South Bend woman says she found a mouse in a container of ice cream she bought in Niles, Mich., as reported by our news partners ABC 57.

Arkeenah Smith told ABC 57 that she bought cookie dough ice cream from the Oak Dairy Party Store in Niles, Mich., on Sunday, Jan. 17. Her 12-year-old daughter was eating the ice cream when she noticed there was something in the ice cream that looked like the leg of a mouse.

Smith took her daughter to a hospital, where she was prescribed an antibiotic, and filed a complaint with the Michigan Department of Agriculture.

Jennifer Holton, communications director at the department, told ABC 57 that the investigation could take about two weeks.