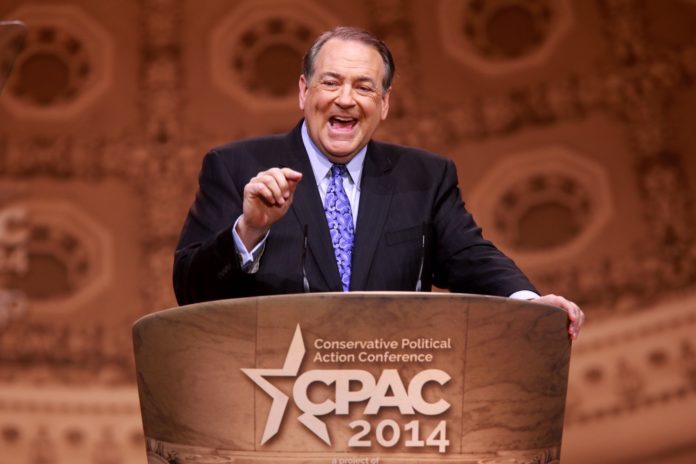 Huckabee is talking on a cell phone surrounded by snow in the video as lyrics like “Hello from the caucus night. If Bernie wins, I’m going to die” are sung by an unidentified woman (who isn’t exactly on Adele’s level).

Will the video help? Only time will tell, but Huckabee was polling at 4 percent as of Thursday, Jan. 28.

Watch the whole video below.

“Hello from the Caucus Night. If Bernie wins I’m gonna die…”Watch our “Hello” parody about this election season ⬇️