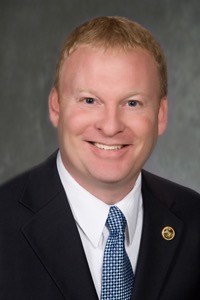 LOGANSPORT, Ind. (AP) — A state senator from northern Indiana says he will seek the Republican nomination for state attorney general.

Head tells the (Logansport) Pharos-Tribune he wants to have the attorney general’s office challenge the expanding role of the federal government that’s diminishing the power of the states.

Head was first elected to the state Senate in 2008 and is seeking re-election for the seat.

Candidates for Indiana attorney general will be selected over the summer during state party conventions. Current Attorney General Greg Zoeller, a Republican, is running for a southern Indiana congressional seat.