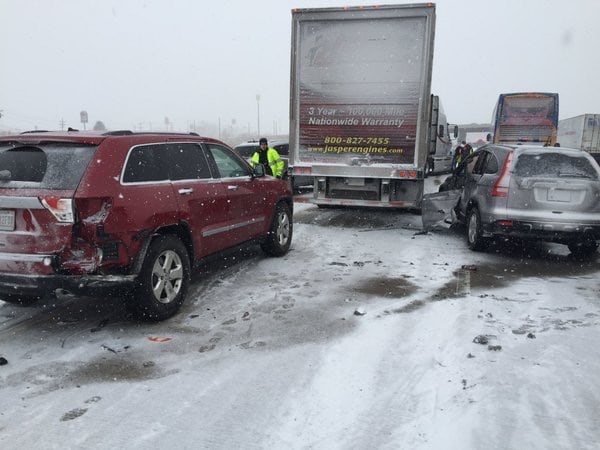 INDIANAPOLIS (AP) — A series of multi-car collisions after a sudden winter squall has shut down portions of two interstate highways near Indianapolis.

The state Department of Transportation reported an I-65 crash involving multiple cars shortly before 2 p.m. Sunday near mile marker 140 in Lebanon. The highway’s northbound lanes were closed while emergency crews respond.

Boone County Corporal Art Naekel says that poor visibility on the highway led to a 5-vehicle crash that slowed traffic to a standstill, followed by another collision involving dozens of other vehicles.

At least 10 people were taken to nearby hospitals with injuries. Other stranded drivers and their passengers were taken to an emergency Red Cross shelter in Lebanon