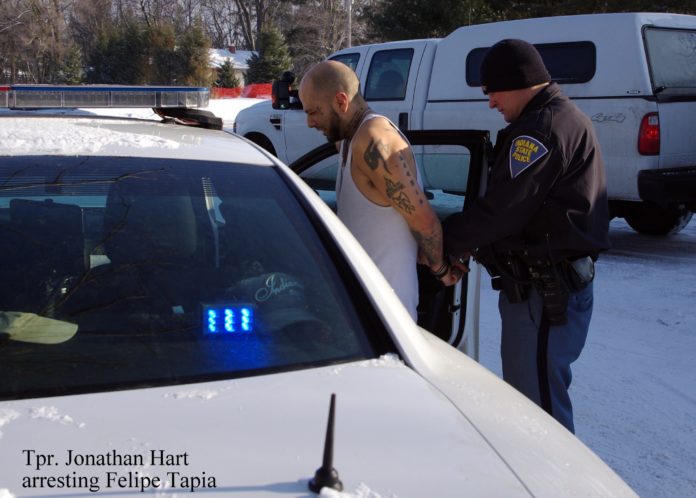 Two Plymouth men were woken up by the sound a flash-bang Wednesday morning, Feb. 17, as Indiana State Police raided their apartment on a drug-related warrant.

Felipe Tapia, 37, and Gregory Prater, 31, were arrested at their home in the 17000 block of Lincoln Highway on preliminary felony charges of dealing, manufacturing and possession of methamphetamine, according to the Indiana State Police.

A third man, 18-year-old Anthony Berg, was arrested off-site on the same charges.

Police said they found an active meth lab, drug paraphernalia and other drug dealing evidence inside the home during the raid.