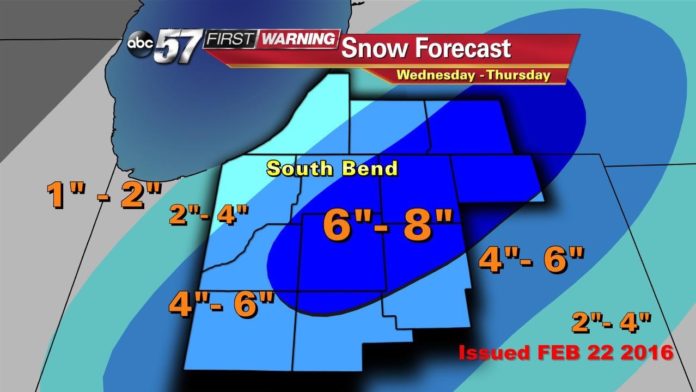 A Winter Storm Warning has been issued by the National Weather Service of Northern Indiana.

The watch starts Wednesday morning and last through Thursday afternoon. Some parts of the listening area could receive up to 8 inches of snow, according to the National Weather Service, with the heaviest snowfall expected Wednesday evening.

For severe weather text alerts to your cell phone, text NEWS to 45364.