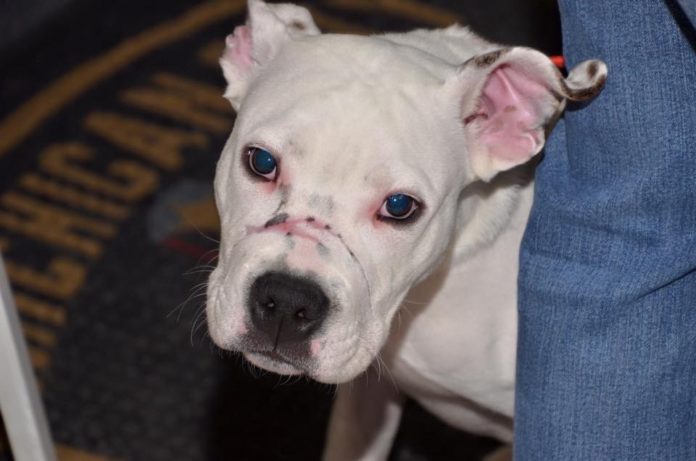 Two more people were arrested in connection with the abuse of the dog that is now known as “Chance Christmas.”

Roger Holiday, 54, of Auburn, and Danielle Brown, 26, of Michigan City, were both charged this week with assisting a criminal and false informing. Their bonds were set at $7,500 each, and Brown has since posted bail.

Holiday and Brown are accused of helping Richard Cope hide from police after a 4-month-old puppy was found severely injured on Christmas Day 2015, Capt. Michael Kellems with the LaPorte County Sheriff’s Department said.

“We have been very clear that anyone who assists a criminal will be held accountable, charged and prosecuted,” LaPorte County Sheriff John Boyd said in a statement. “This is a perfect example of why you should not aid a criminal in avoiding justice.”