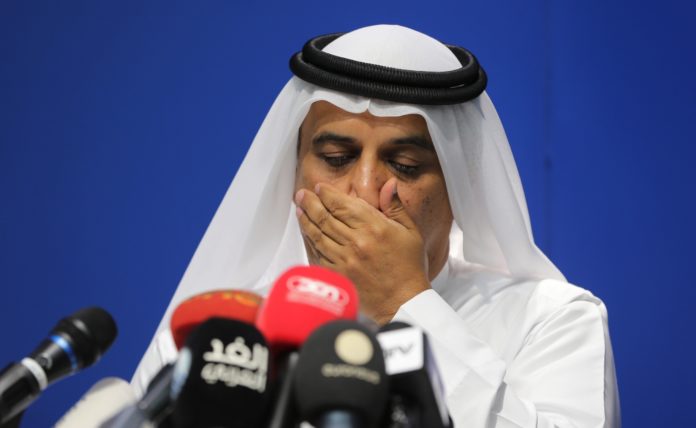 MOSCOW (AP) — Russian investigators probing the crash of a Dubai airliner in southern Russia that killed all 62 people on board have found one of the plane’s flight recorders.

The Boeing 737-800 operated by FlyDubai was carrying 55 passengers, most of them Russian, and seven crew members of various nationalities when it crashed Saturday in the city of Rostov-on-Don while trying to land in strong winds. Russia’s Emergencies Ministry said there were no survivors. Four children were among those killed, FlyDubai said.

Vladimir Markin, the spokesman for the Investigative Committee, said experts have found the cockpit conversation recorder and are continuing the search for another one which records parameters of the flight.

The crash’s cause wasn’t immediately known, but officials suggested it could have been caused by a gust of wind.

“I offer my condolences to the families of the passengers who lost their lives on board flight FZ981. This terrible tragedy grieves us all,” Sheikh Mohammed wrote. “We mourn those lost, may their souls rest in peace. Our thoughts are with their loved ones at this time of sorrow and grief.”

FlyDubai Chief Executive Ghaith al-Ghaith says the crew included five men and two women. The pilots were from Cyprus and Spain, while the cabin crew included two Russians and citizens of Seychelles, Colombia and Kyrgyzstan.

The pilot and co-pilot had 5,965 and 5,769 hours of flying time respectively, making them “quite experienced,” al-Ghaith said. They were not identified by name.

The plane itself was produced in 2011 and underwent a detailed maintenance inspection known as a C check in Jordan on January 21 of this year, the CEO said.

He said he is personally leading the airline’s accident response. The carrier has deployed a team to the site of the crash, and Emirati civil aviation investigators are also on their way.

The Dubai Media Office says those killed in the crash of the FlyDubai airliner in Russia include 44 Russians, eight Ukrainians, two Indians and one person from Uzbekistan.

The media office offered condolences on behalf of the entire United Arab Emirates for those who lost loved ones.

On Twitter, the office says the entire UAE, a federation of seven emirates, offered “its deepest condolences to the families of the victims & to the Russian government & people.”

Seven crew members were also among those killed in the crash at Rostov-on-Don.

FlyDubai is saying there are no survivors from its plane crash in Russia.

The budget carrier made the announcement in a statement released Saturday morning.

It said: “While we are still awaiting final confirmation, it is with great sadness that we report we believe there are no survivors.”

It says of the 55 passengers on board, 33 were women, 18 men and four children. There were seven crew members at the time of the crash in Rostov-on-Don.

The airline’s CEO Ghaith al-Ghaith said in a statement: “Our primary concern is for the families of the passengers and crew who were on board. Everyone at FlyDubai is in deep shock and our hearts go out to the families and friends of those involved.”

Boeing Co. has offered condolences for those who died aboard a FlyDubai Boeing 737-800 airliner in Russia.

The Chicago-based airline manufacturer issued the statement Saturday, hours after the crash in Rostov-on-Don killed all 55 passengers and six crew members.

FlyDubai’s fleet is dominated by relatively young Boeing 737-800 aircraft, the same model as the one that crashed.

Boeing says it stands ready to provide technical assistance upon the request of government agencies conducting the investigation. It adds it won’t be able to answer any questions regarding the flight “in accordance with the international protocol governing aviation accident investigations.”

FlyDubai, the budget carrier whose plane has crashed in Russia, is offering phone numbers for those affected by the disaster to call.

The carrier has offered no preliminary cause for the crash. Russian officials say all 55 passengers and six crew aboard were killed.

Winds were anywhere from 14 to 22 meters per second (30-50 miles per hour) at the time of the crash and that there was light rain.

FlyDubai has acknowledged its flight to Rostov-on-Don in southern Russia has crashed with fatalities.

In a statement, the budget carrier says it regrets to confirm that flight FZ981 crashed on landing and that fatalities have been confirmed.

It adds: “We are doing all we can to gather information as quickly as possible. At this moment our thoughts and prayers are with our passengers and our crew who were on board the aircraft. We will do everything we can to help those who have been affected by this accident.”

The carrier offered no preliminary cause for the crash. Russian officials say the plane had 55 passengers and six crewmembers and that there were no survivors.

Winds were anywhere from 14 to 22 meters per second (30-50 miles per hour) at the time of the crash and that there was light rain.

A flight-tracking service says a FlyDubai plane that crashed in Russia made one failed landing before the disaster.

Ian Petchenik, a spokesman for the website Flightradar24, told The Associated Press on Saturday that the Boeing 737-800 initially tried to land at Rostov on Don at 2231 GMT.

Petchenik says: “Based on our data, what it looks like is the aircraft made an initial landing attempt.”

He said the plane then entered a holding pattern at 2327 GMT near the airport, then left the holding pattern to try and land again at 0028 GMT. The flight offered its last data at 0041 GMT and lost contact.

Russian officials say the plane had 55 passengers and six crewmembers. Winds were anywhere from 14 to 22 meters per second (30-50 miles per hour) at the time of the crash and that there was light rain.

Weather has been described as rough at the time a Boeing 737-800 with 61 passengers and crew crashed in the southern Russian city of Rostov-on-Don, killing all on board.

Rostov-on-Don was blanketed in rain showers and weather forecasters said winds there reached up to 50 kilometers (31 miles) per hour on Saturday morning.

FlightRadar24, a flight-tracking website, showed the FlyDubai flight made a series of loops near Rostov on Don while apparently waiting for permission to land.

Russia’s Emergencies Ministry official says all 55 passengers and six crew members aboard a Boeing 737-800 that crashed on landing at the airport in the southern city of Rostov-on-Don have been killed.

Igor Odev, the head of the ministry’s southern regional operations, provided the figure at a televised briefing on Saturday morning.

The plane belonged to the budget carrier FlyDubai and was coming from Dubai when it crashed.