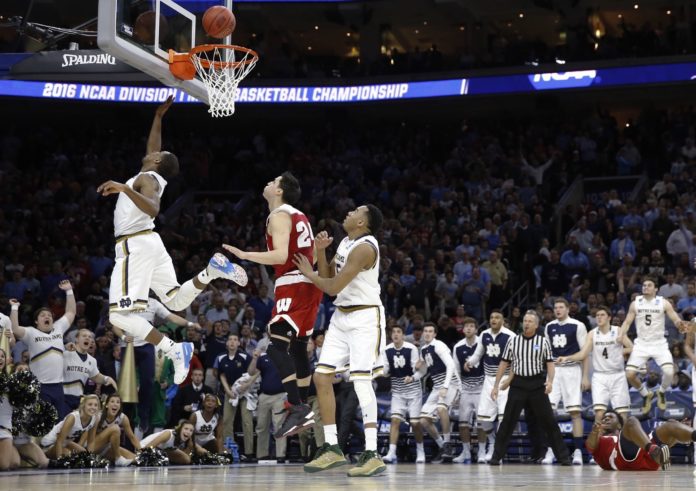 PHILADELPHIA (AP) — Demetrius Jackson stripped the ball and scored the go-ahead layup with 14.7 seconds left and Notre Dame advanced to the brink of its first Final Four in 38 years with a 61-56 win over Wisconsin on Friday night in the East Region semifinal of the NCAA Tournament.

Jackson sealed the win with a pair of free throws to send the Irish (24-11) into a regional final for the second straight season.

Notre Dame lost to Kentucky a year ago. This year, the Irish will get a shot at top-seeded North Carolina or Indiana on Sunday.

But the Irish shook off a miserable shooting game down the stretch and have their first Final Four since 1978 in sight.