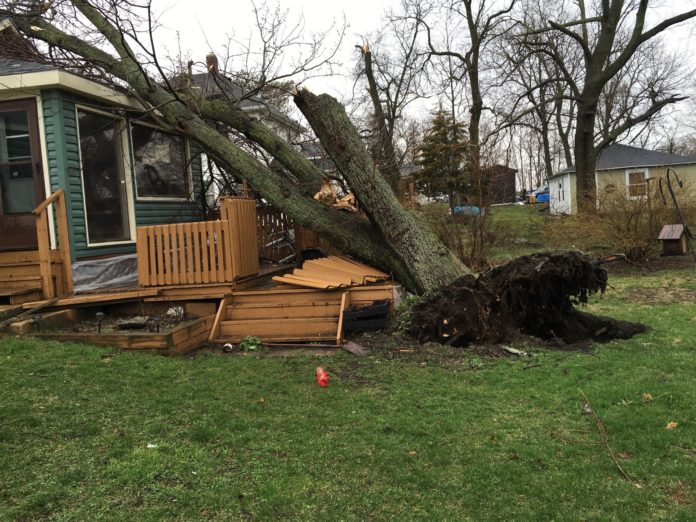 A tornado touched down 1.1 miles west of Edwardsburg, Mich. during the storm that hit Michiana on Thursday afternoon, March 24.

The tornado touched down at the north end of Sundance Road just south of US-12, according to the National Weather Service.

A video was taken that shows debris being lofted with notable rotation.

The tornado tracked east northeast and heavily damaged a barn and removed shingles and part of the roof of a church just south of US-12.

As the tornado tracked into Edwardsburg, trees were uprooted. Several homes received wind damage to shingles and siding. A few homes received major damage due to trees falling on them. Also, a railroad crossing arm was damaged at US-12 and M-62, according to the Cass County Sheriff’s Department.

Evidence shows that the damage reported in St. Joseph County, from North Liberty into South Bend was the result of straight line winds which were estimated between 60-70 miles per hour. The damage included reports of a few homes being hit. Also, some storefront windows were reported to have been blown out on Western Avenue in South Bend.