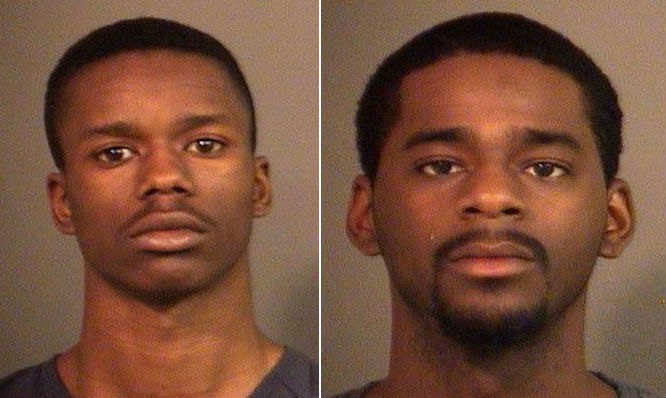 Two men were arrested after police say a double date ended in a robbery at a Mishawaka apartment complex.

Dwayne Johnson Jr. and Darius Anderson were each charged with two counts of robbery on Monday, March 28, according to online court records.

Two women called 911 and said they had just been on a date with two men who tried to rob them as they were dropping them off at Hickory Village, according to our news partners ABC 57.

Police say the men pulled out guns and tried to pull the women out of the car while demanding they give the men their belongings.

Eventually the women got away and drove to a nearby church, where they called 911, ABC 57 reported. The men were arrested nearby.