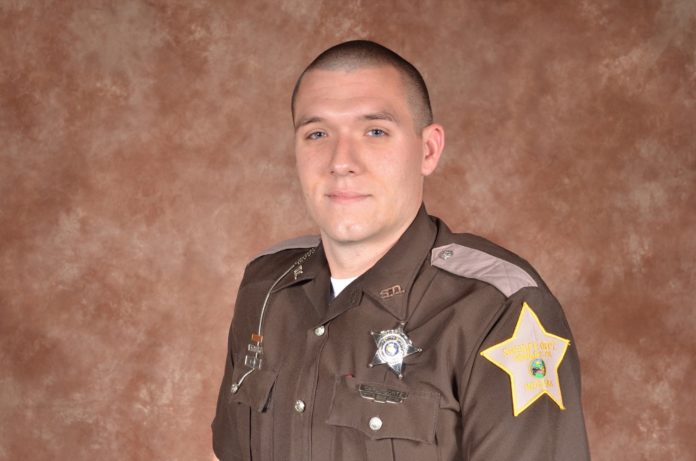 KOKOMO, Ind. (AP) — A slain central Indiana sheriff’s deputy is being remembered during his funeral as a dedicated and determined officer.

Hundreds of police officers are among the crowd of a couple thousand filling the gymnasium of Northwestern High School near Kokomo for Tuesday’s service honoring Howard County Deputy Carl Koontz.

Kassandra Koontz spoke to mourners, telling them her husband would do anything for anyone at any time of the day. She asked those in the crowd to tell their 8-month-old son when he is older that they were at his father’s funeral.

Police say Koontz was fatally wounded during a gunfight March 20 inside a mobile home in Russiaville (ROO‘-shuh-vil) and that the shooter later killed himself.