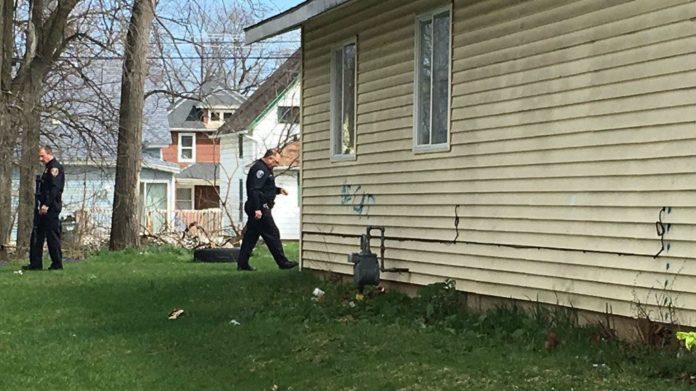 Nobody was injured after gunshots were fired near downtown South Bend on Sunday afternoon, and police are searching for suspects.

The shooting happened at about 2:20 p.m. at a home in the 400 block of Birdsell Street, according to our news partners ABC 57.

Two women and a child were at the home when the South Bend Police Department says two men entered the home and began shooting. The men then ran from the home.

Four shell casings were found at the scene.