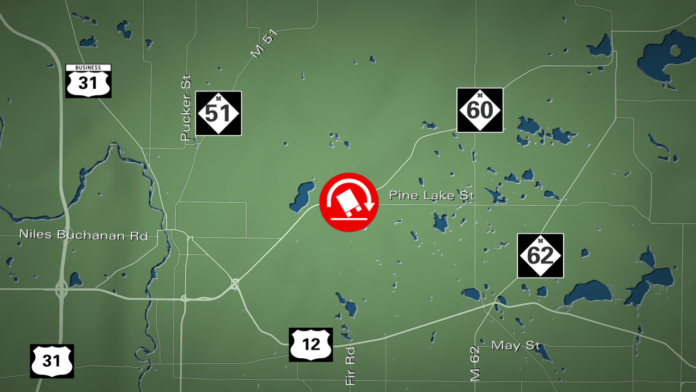 A man was killed and part of M-60 in Cass County is closed after a fuel tanker overturned on the road.

Foam has been sprayed along the roadway.

The crash happened on M-60 where it curves at Pine Lake Street at about 3 a.m.

The driver of the tanker died at the scene and has not yet been identified.

Drivers should avoid the area of M-60 between Leet and Dailey roads, as the closure is expected to last for several hours.

Looks like they’re cleaning up the fuel that’s on the ground. pic.twitter.com/D5oeBcx9XY