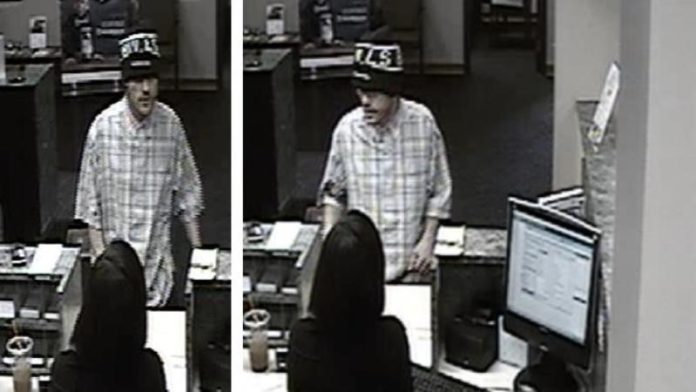 South Bend Police are searching for a man they say robbed a bank on the south side of South Bend on Monday morning, April 11.

The suspect, described as a white man who appeared to be in his 20s, handed a note demanding money to a teller at the Mutual Bank at 742 E. Ireland Road, according to the South Bend Police Department.

The robbery was reported at about 11:30 a.m. The suspect was wearing a plaid shirt with a black hat and black jeans during the robbery.

The man drove away from the bank in a silver Buick.