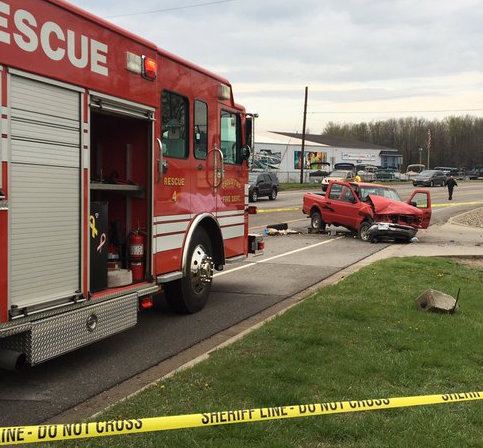 A woman is dead after two vehicles crashed into each other on S.R. 19 north of Elkhart on Friday morning, April 22.

The crash happened between C.R. 4 and the state line near the Flippin Cow restaurant at about 8:20 a.m., according to our news partners The Elkhart Truth.

The woman was driving a passenger car that investigators believe turned in front of a pickup truck. She was pronounced dead at the scene, The Truth reported. The woman had a dog in her vehicle who also died in the crash.

A witness told me that the woman was alone in her car with a dog, who also died. pic.twitter.com/rHT5hf5Ar5

The driver of the pickup truck suffered non-deadly injuries.

Northbound lanes of S.R. 19 are closed in the area as police investigate the crash.