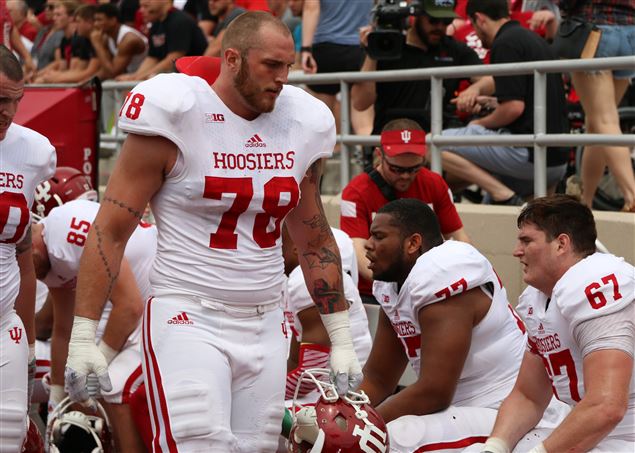 GREEN BAY, Wis. (AP) — The Packers traded up in the second round of the NFL draft to add offensive line depth, taking tackle Jason Spriggs out of Elkhart, Indiana.

Green Bay moved up nine spots on Saturday to the 48th overall pick in the draft by dealing three picks to Indianapolis. The Colts received the Packers’ second-rounder, the 57th pick overall, along with selections in the fourth and seventh rounds.

The 6-foot-7 Spriggs made 47 starts at left tackle for Indiana. He allowed just two sacks in 475 pass attempts in his senior year last season.

The addition of Spriggs gives the Packers some insurance at a position that could see turnover after the season, when the contracts of guards Josh Sitton and T.J. Lang, as well as left tackle David Bakhtiari, expire.