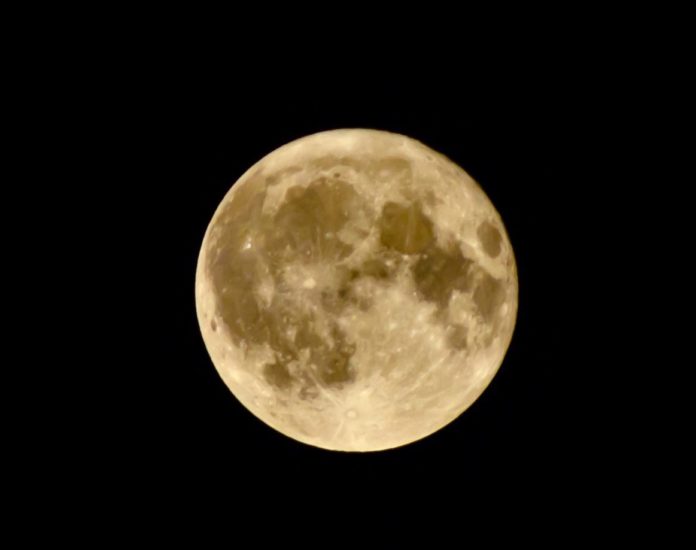 If you’ve been waiting for that thing that happens only once in a blue moon, it could happen this weekend.

A seasonal blue moon — or a third of four full moons in a season — will grace the sky on Saturday night, May 21, according to EarthSky.

As if that wasn’t special enough, the moon will also appear close to the red planet Mars.

Michiana residents may have a clear view of the moon and Mars, as the night sky is expected to be clear on Saturday, according to the National Weather Service.

There are actually two definitions for a blue moon. Seasons normally have three full moons, but on the occasion that there are four blue moons in a season, the third moon is called a “blue moon” even though the  The last time this type of blue moon graced the sky was August 20, 2013.

The other definition for a blue moon is a second full moon that happens in a calendar month. The next monthly blue moon is expected to take place Jan. 31, 2018.

An actual blue-colored moon is much more rare and impossible to predict because it depends on unusual sky conditions.