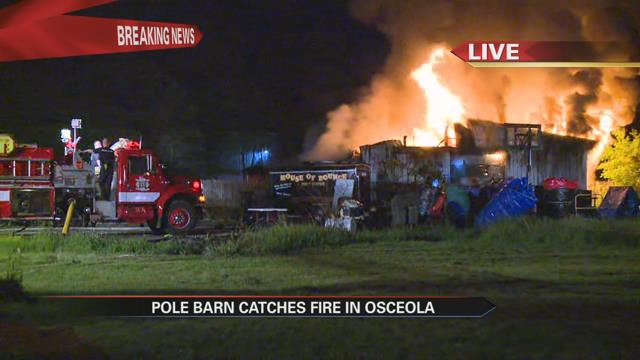 House of Bounce Party Rentals lost all of its equipment in a large fire late Sunday night, right ahead of the busiest part of the year for the business.

Greg Laskowski told our news partners at ABC 57 that he and his family were eating dinner at their home on South Beech Road in Osceola when a family member saw smoke coming from the pole barn where they stored their equipment.

They called 911 but “within a matter of minutes, it was gone,” Laskowski told ABC 57.

About 20 inflatables plus machines and other equipment stored in the barn were destroyed by flames. The fire did not spread to the family’s house and nobody was injured.

Fire investigators have not yet determined the cause of the fire.